A small one this week as I have been extremely busy sorting out my impending move. Regardless, I still got a game of sorts finished. Download and play here.

As you can see, I clearly had no set goal this week. My mind was completely elsewhere the whole time. I sat down with a vague idea of using the 2D physics to throw things into some kind of goal, and set about making the package launcher, controlled by the space bar. Then I made a bucket. Then I made the bucket follow the mouse, the same way I did with the paddle in last week’s game. It checks whether packages are within the bucket simply by adding each item to a list whenever something triggers OnTriggerStay2D, and checking the values of that list after calling a WaitForFixedUpdate in a coroutine.

There’s not much left to say on the development. The game took about 3 or 4 hours to complete, total, but I was being quite leisurely with it.

I came up with the idea mostly because one of the games I’m playing at the moment is Payday 2, and a surprisingly significant portion of the gameplay in this bank heist simulator is throwing bags of cash at other players, over fences or into manholes or vans. I wanted to capture a little piece of the joy that you get from nailing a perfect throw.

But I really didn’t have the time to dedicate to it this week, so none of the controls are very refined. The launch force is tuned to an “eh seems good enough” point, as are the random values for mass and size of the package.

The scoring is also quite simplistic. Each package caught adds its mass plus its volume to the score. The total score is then multiplied by the number of packages in the bucket. I have no idea what real life scenario this game could be an abstraction for. Possibly putting ice cubes into a glass using some kind of Rube Goldberg-like ice cube launcher? No idea.

So that’s week 6. I’m just happy I made a game. If this is the first post you’re seeing on my site, please try Week 3 or Week 5 instead, they’re way better. 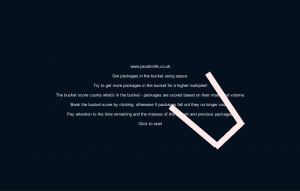 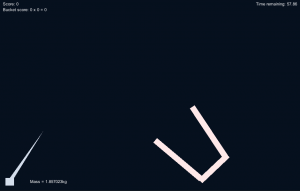 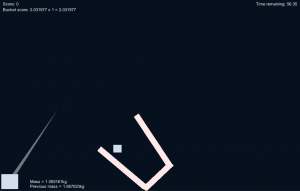 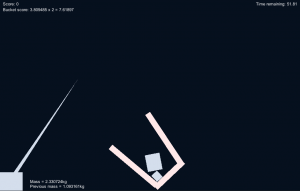 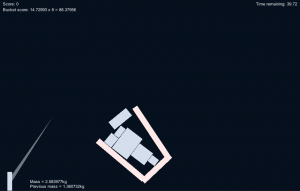 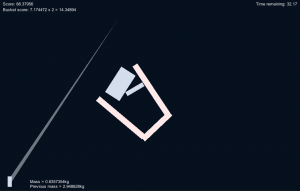 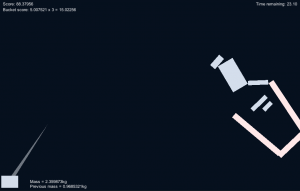 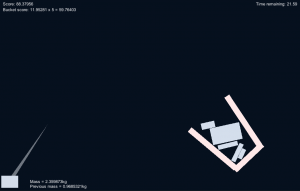 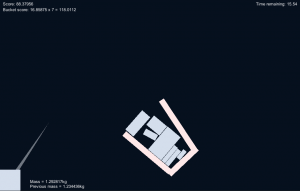 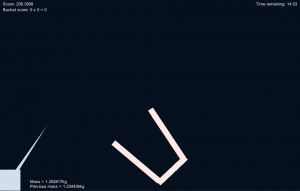 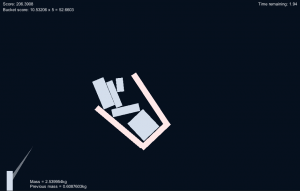 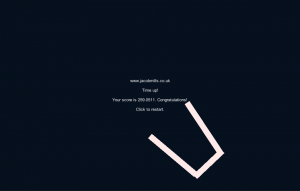